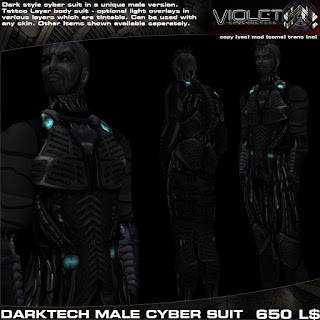 As always, those who know me, will know I am never one to sit still.

vStrings since their release have proven to be very popular with the options, scripted features and designs coming in for the greatest vote of all - people buying them and using them day by day.
And of course, people have also enjoyed the various updates we have done to these since their release in July 2011 especially since our move to mesh designs this year.

At the moment, we have just three models in store - the XL, XXL and the X_X naturals.

Shall we have a little tease?

Shortly I will be releasing the Special Line of breasts. These new models are as the name suggests, rather special in their design and features. The first two models are currently in the last stages of Beta testing and with a few tweeks they will be ready for release within the next week or so.
After that, there are another two models which are finished, but in scripting stage - I dont have an ETA on those at the moment, but they arnt in Beta just yet.

And if you thought that was the end of the story... vString 3 is current in the design stages.
This will be a free update to the XL, XXL and X_X (maybe even the specials too)
I have currently got, design wise, 20+ new design features and styles, plus there will be multiple areas of changes in the scripting on these too.
Expect to see vString 3 some time early in the new year and believe me, it will be worth the wait. 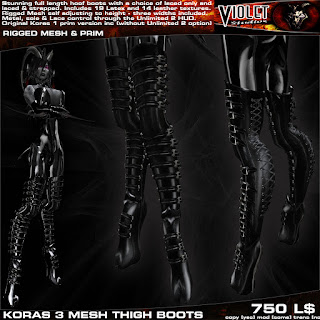 I could be rather sarcastic here and start ranting on about how LL's bought Xstreet, then made a total pig ears of it, that the software they have employed both in the viewer and on the market place is a disaster zone for both customers and merchants. Or... even about how their Direct Delivery system while being a good idea is useless because its utterly skittish and breaks down far too easily. Or how their support team tell you to "go away" if you are using anything other than their absolutely abysmal Official viewer (which looks like a dogs dinner).

However I will say that after 6 months of watching the JIRA about the merchant outbox failures (which I was a victim of) I finally decided to stop following the advice I was given by LL's, and I contacted support when I got an email through about migration again.
And much to my surprise, a hour later, my merchant outbox was fixed. Which is weird really as I was watching that JIRA and there were no posts on it to say contact support - we think we have fixed it.
Odd really...

I have now started the massive job of not only migrating my market place products over from the Magic box system, to Direct Delivery. I hope... no... pray... that this will cut down on the sheer volume of lost orders, broken orders or order that take 10 hours to be delivered and if you arnt lucky, fail totally.

While I am at this job though I am refreshing the marketing and information on the products, so please bear with me while I slowly grind my way through this job.

Hemi
Posted by Violet Studios at 09:44


Okay already... I get the message. Violet Studios needs a blog.
Who do what ha? Sorry if you have reached here from the interweb, but that wont make much sense really.

Start with the basics – Violet Studios is a virtual store within Second Life specialising in a massive line of products. Violet Studios arrived on SL in April 2009 and since then has grown in to an effective monster of a studio. No idea what Second Life is... well, there is a website and a world there to explore.

Got that bit out of the way... good.
For many months ... okay, years... people have been saying I should launch a Blog about my products and as part of a current in world clean up, I decided it was about time that I sorted out this issue so here it is...
This Blog will cover a whole series of areas. Product releases across the various brands, all tagged so you know what is what, official Violet Studios news... and of course the more off topic SL related rants I am well known for.

Enough already...Let me get some work done.